With our ongoing commitment to flexibility for our stakeholders, we expanded AgSmart to include the Plenary sessions and On-Demand educational videos via a digital platform. This will allow for engagement from those who are unable to be onsite for the live event. The digital sessions are complimentary for all to access.

Thank you to FCC’s AgExpert, TELUS Agriculture, THRIVE and Olds College for the plenary sessions! Be sure to check out the On-Demand videos from AgExpert, AGvisorPRO, Farm Management Canada, Global Affairs Canada, TELUS Security. The content will be available for 6 weeks and then will be available on AgSmart Theatre. 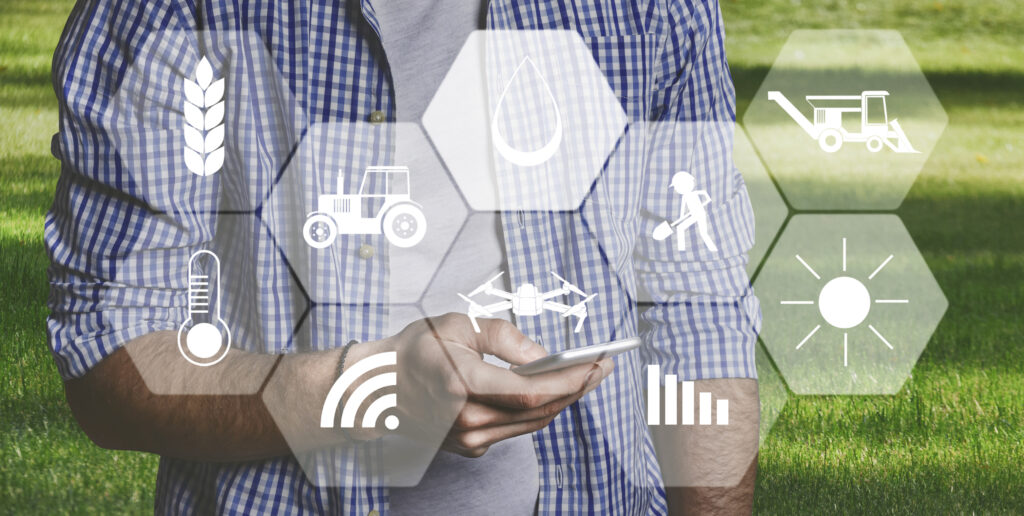 Are you ready for the future of farming?

How to boost your bottom line with data and digital tech.

Join us for a chat with Dr. Alex Melnitchouck, Chief Technology Officer of the Olds College Smart Farm. Alex will show you how switching to digitization now can get you a big return on your technology investment. 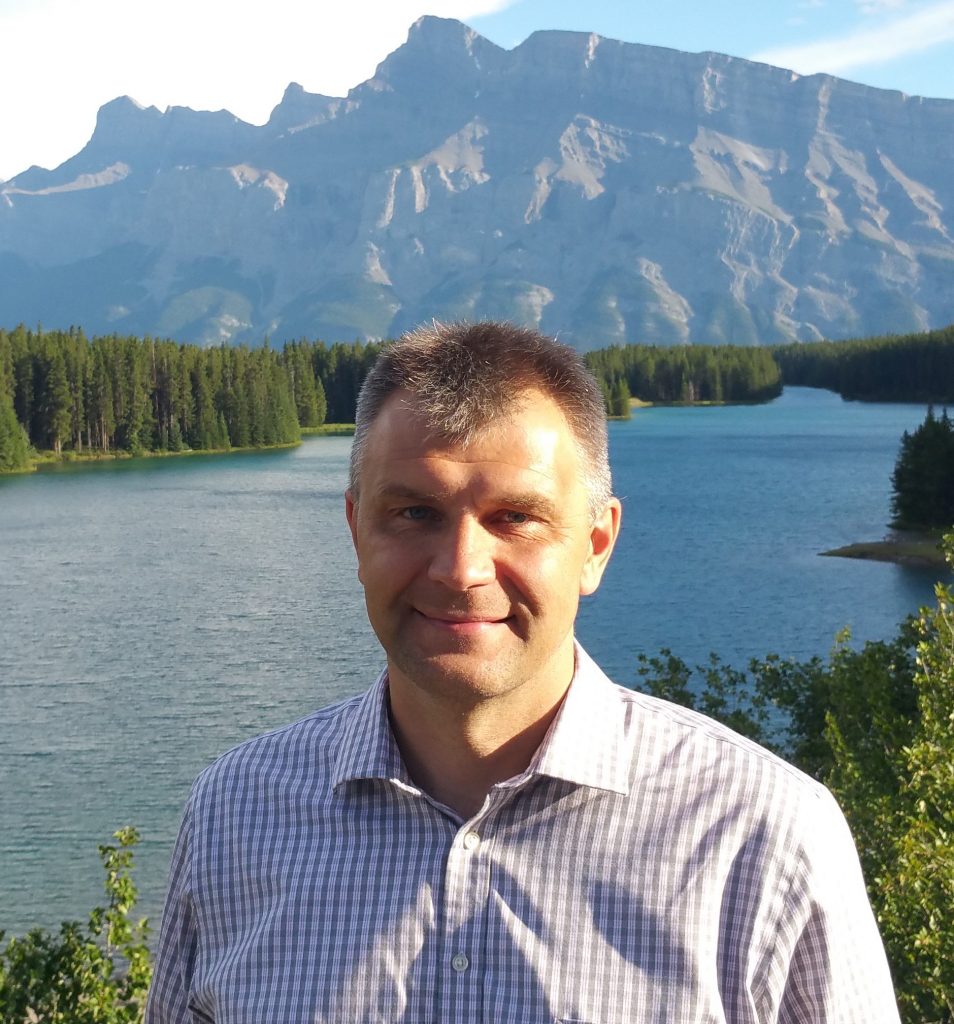 Alex Melnitchouck, is the Chief Technology Officer, Digital Agriculture at Olds College. He holds his Ph.D. in Agricultural Sciences, and second Master’s Degree in Soils and Environmental Sciences, backed up by 25 years of work experience at the international level, including precision Ag projects in Canada, USA, Germany, Switzerland, Brazil, Australia, Russia, Ukraine, and Belarus. He is a member of Alberta Institute of Agrologists in Canada (P.Ag.) and an author of more than 50 publications in scientific journals and proceedings of conferences. In 2012, Alex founded IntelMax Corp. and created Zoner.Ag – a web platform for managing and analyzing geospatial data. In 2015, Zoner.Ag was acquired by Bayer CropScience to become a geospatial engine for the new Digital Farming Platform (currently known as Xarvio and owned by BASF). Alex leads Olds College’s Digital Ag strategy and the development of the Digital Ag Platform at the Olds College Smart Farm – a 2,800 acre, technology enabled applied research and learning environment. 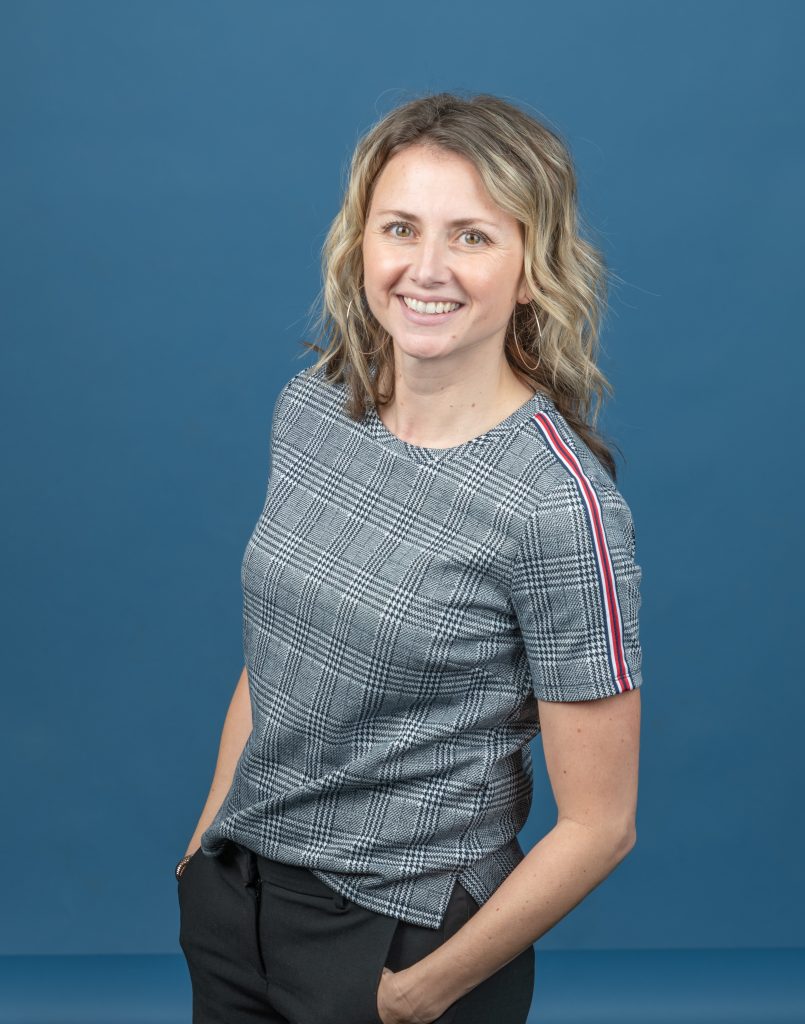 Advanced technology and data are driving the future of agriculture. Key to unlocking this future is rural connectivity. Join Neil Van Seters, VP of Global Products – Agribusiness at TELUS Agriculture, to learn how TELUS is supporting rural connectivity, including an innovative experiment on the Olds College Smart Farm, what’s needed to connect rural Canada, and how connected farms and 5G can drive better profitability, efficiencies and sustainability. 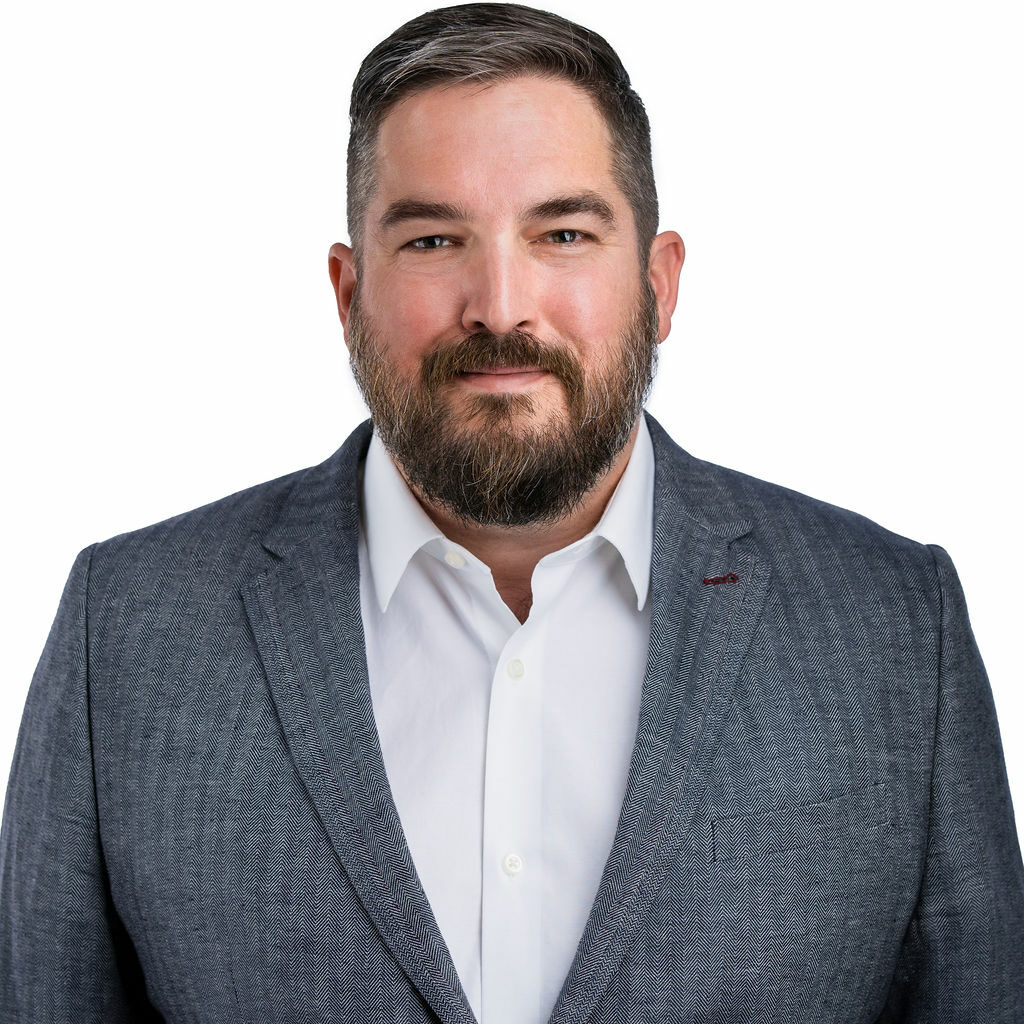 Neil Van Seters is VP of Global Products – Agribusiness with TELUS Agriculture. He is responsible for the cross-value chain products that support everyone from seed producers to food retailers. He is a visionary leader that has helped chart the future of the TELUS organization by creating value in ways that challenge the status quo, helping TELUS remain at the forefront of innovation through technology. Along with his wife he co-founded and runs an organization called Access Knowledge Africa that provides adult literacy, computer training and library programs in rural Uganda. 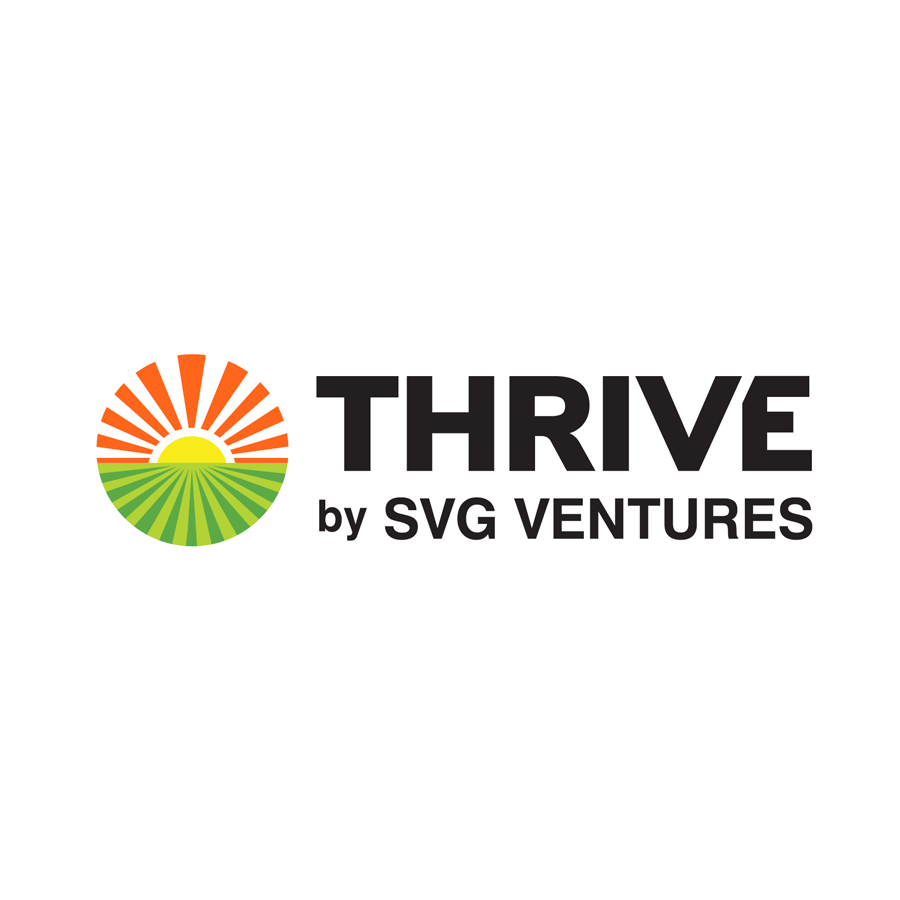 Advancing the Future of Agriculture in Alberta Through Innovation

In the last decade, there has been a boom in food and agricultural innovations to keep up with changing environmental and consumer trends. Every day, there are advancements in automation, animal health tech, controlled environment ag, next-gen foods, and more. But are farmers and producers actually adopting these new technologies? Alberta’s leaders in agricultural innovation convene to listen to the voice of the farmer and discuss their plans to support Albertan producers as new technologies and challenges continue to emerge. 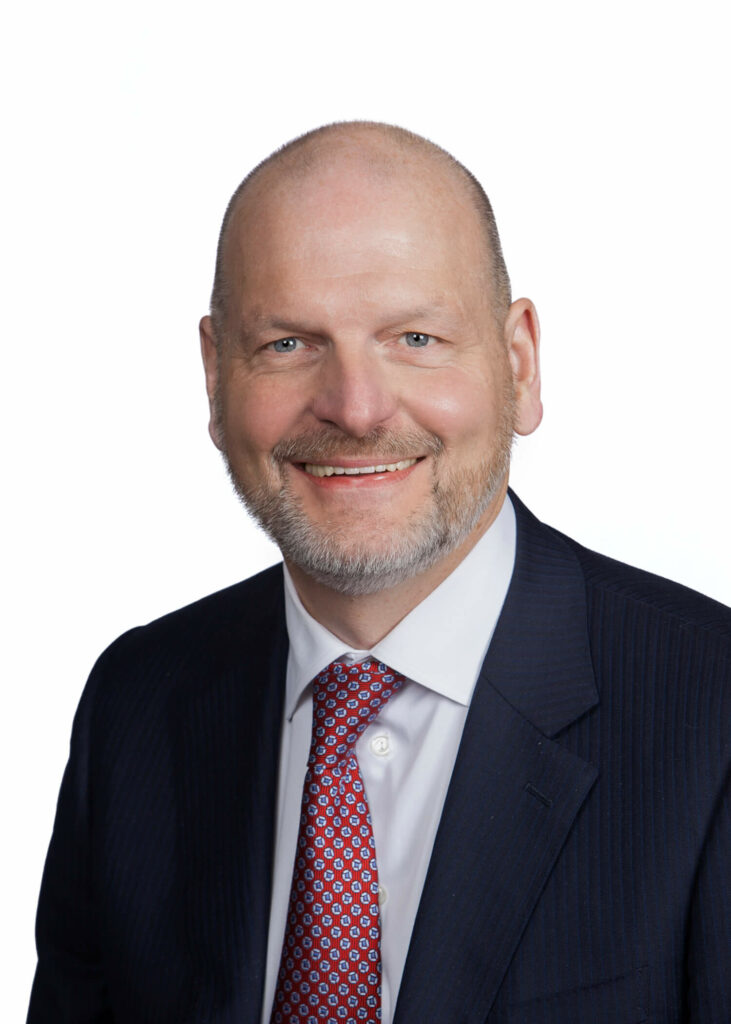 Scott is the President & Chief Executive Officer at UFA. Prior to this appointment, Scott held the position of Executive Vice-President and Chief Financial Officer. Before joining UFA in 2014, Scott spent much of his career at PwC where he was Partner in charge of the Alberta Consulting Practice and National Energy Leader. His industry experience covers the agriculture, oil and gas and mining sectors. With over 30 years’ experience in Canada, US and abroad, Bolton has demonstrated exceptional leadership skills with a long track record of results.

Scott has also demonstrated the importance of being an active community-builder through his involvement with several charitable organizations including the Calgary Quest School, Juvenile Diabetes Research Foundation, the Children’s Link Society and the FSHD Muscular Dystrophy Society. Born in Edmonton, Alberta, Bolton earned his Bachelor of Commerce from the University of Alberta as well as his Chartered Accountant Designation. He received his Certified Public Accountant Designation in Illinois. 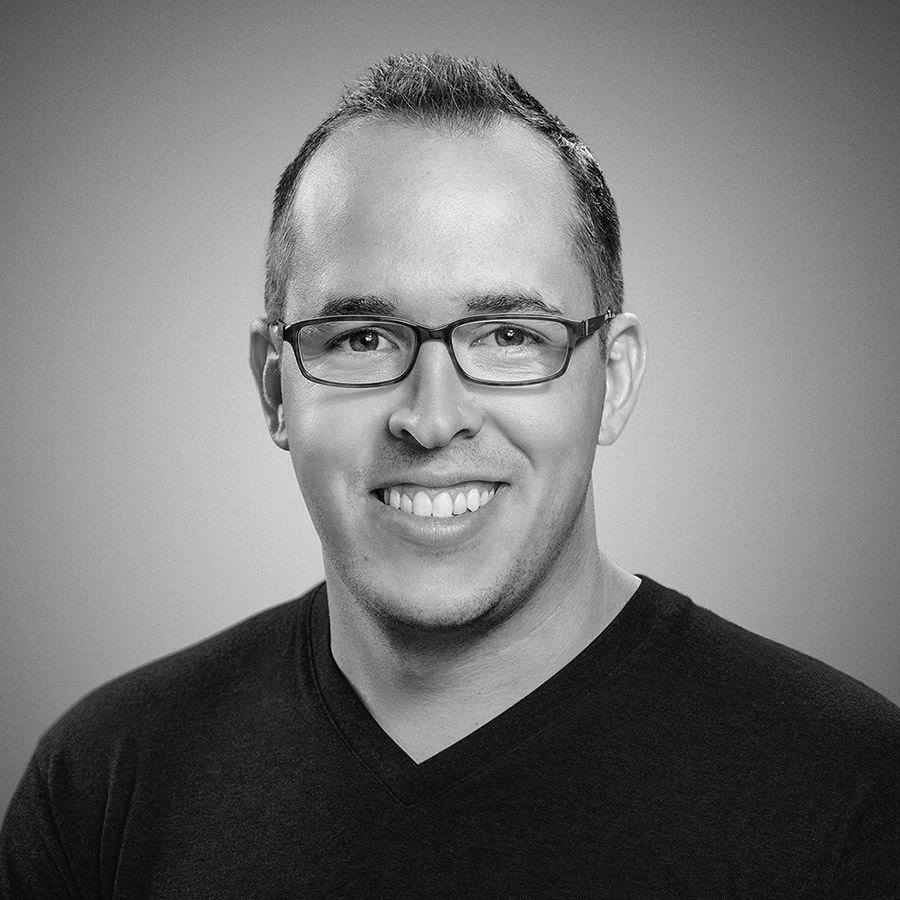 Mark Blackwell is an Investing Partner and lead of the Canadian Office at Builders. Previously, Mark was a Product Manager at SolarWinds, which develops IT monitoring and network management tools. Mark joined SolarWinds when it acquired GNS3 Technologies ($30MM), an enterprise networking startup where Mark was the Chief Operating Officer. While there, Mark contributed to over 1MM monthly active users, 16MM downloads, and a customer-base that included the US Department of Defense, AT&T, Walmart, Google, and Facebook.
Prior to GNS3, Mark was an Investment Manager at Cenovus Energy’s corporate venture fund, where he led the financing in HiFi Engineering and Skyonic Corporation and was a Board Observer for both. Earlier in his career, Mark worked in the technology investment banking division at CIBC World Markets and as a Business Development Analyst at Enbridge, an energy transportation company; both roles were based in Calgary.
Mark is a graduate of the University of Calgary, where he studied Business. He was honored by the Order of the University, received the Alumni Association’s Future Alumni Award, and was named in both “Top 20 Compelling Calgarian.” To specialize his education, Mark later attended Venture Capital Executive Programs at both Harvard Business School and UC Berkeley Haas School of Business 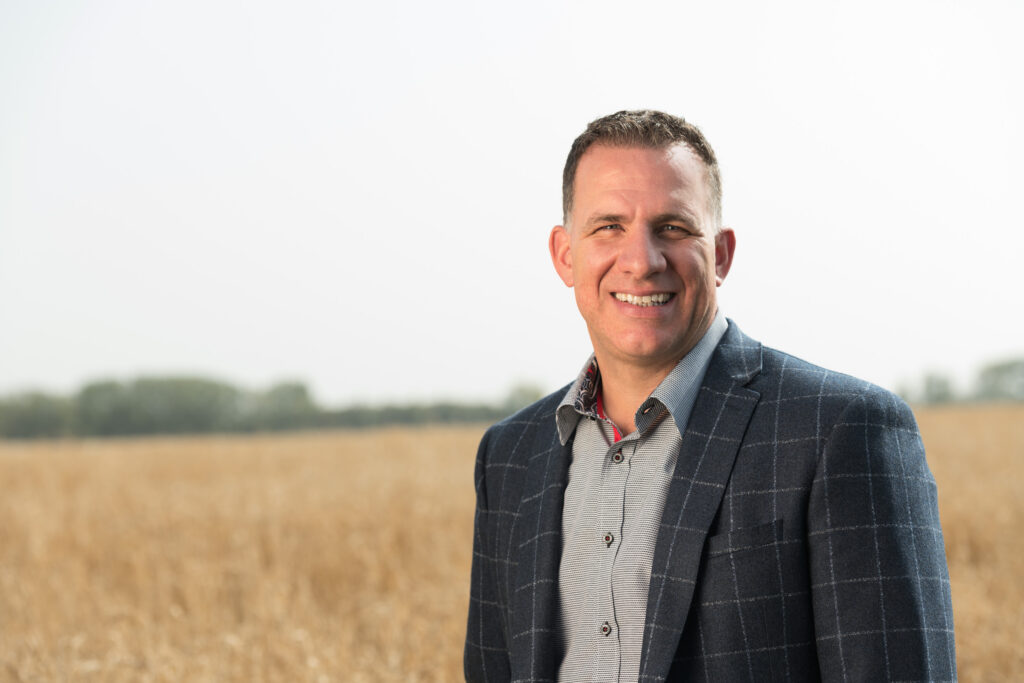 Stuart Cullum is an executive leader with experience in private industry as well as the finance, post-secondary and not-for-profit sectors. He is currently President of Olds College, a premier Canadian integrated learning and applied research institution specializing in agriculture, horticulture, and land and environmental management based in central Alberta.

Stuart’s prior roles include Chief Innovation Officer with Olds College where he was responsible for leading the college’s innovation agenda by aligning academic and research programming with industry and government priorities, Vice President Academic and Chief Operating Officer at Lethbridge College where he led the college’s academic transformation strategy, and Vice President, Agriculture at Northlands in Edmonton, Alberta where he oversaw the development of programs and services for the agriculture sector. 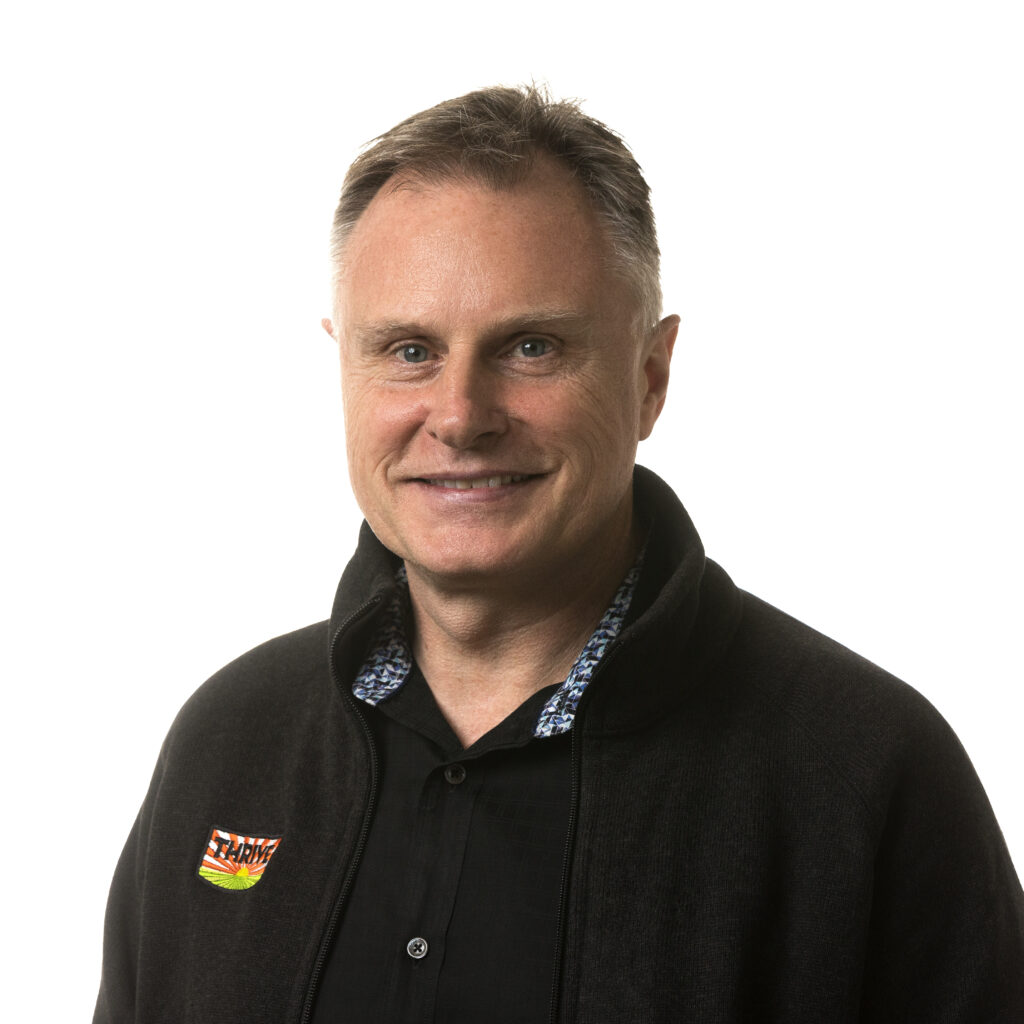 John is a Founder, CEO and Investor with 25 years of leadership experience scaling from start up to multi Billion IPO in both B2B and B2C companies across the Technology, Airline and AgriFood sectors. He has a proven track record in leadership, strategy development, building high performing global teams and has extensive operating experience in fast growing global corporations. He has lead and integrated multibillion M&A transactions and served on public & private boards. He is an investor with deep expertise across the Food & Agri Tech sector and is passionate about food, health and sustainability

John is currently Founder and CEO of SVG Ventures|THRIVE, an innovation and investment platform working with Fortune 500 corporations and global technology start ups to advance the future of Food & Agriculture. SVG|THRIVE is the leading investor and Agrifood accelerator in the world with over 50 investments in the past decade. He is Founder of the Forbes AgTech summit the leading global AgriFood summit which is a joint venture he created with Forbes media. He has partnered with the USDA on the National Innovation Imperative working with the US Secretary of Agriculture.

In his nine year term at Palm, Inc (Nasdaq: PALM) he held the position of Executive Vice President of Global Markets and under his leadership Palm’s worldwide smartphone business grew to over $3.5 Billion in revenue. In 2003, he played a lead role in the merger and integration of Palm and Handspring.

John has served on both private and public boards such as Aer Lingus (FTSE: AERL) Ireland’s national airline as well as boards of various technology companies.  He has served on the US Secretary of State’s Northern Ireland Economic Working Committee in 2009 and he founded the Irish Technology Leadership Group (ITLG) in 2007.

John is a graduate of the Marketing Institute of Ireland, holds a post graduate diploma in accounting and finance and has completed executive management programs at both Stanford and Harvard Universities. 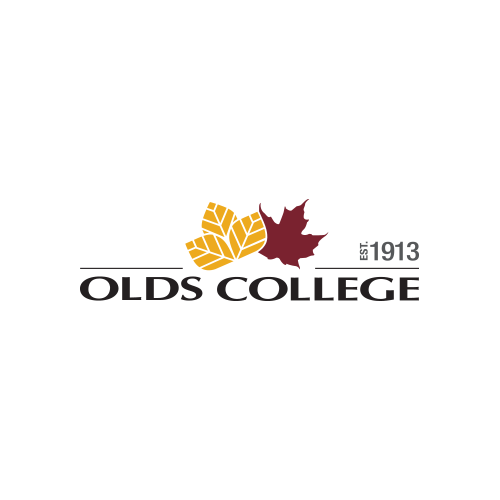 The Olds College Smart Ag Ecosystem…where we are and how did we get here?

This session will include key members of the College’s Smart Ag Ecosystem and will cover how Olds College identified the gaps related to skill development, training opportunities, knowledge transfer, infrastructure, expert capacity, and entrepreneurial support system required to build a culture of innovation on campus and in the agriculture technology sector in Canada. The presentation will highlight how the Olds College Smart Ag Ecosystem is building its capacity to fill these gaps. 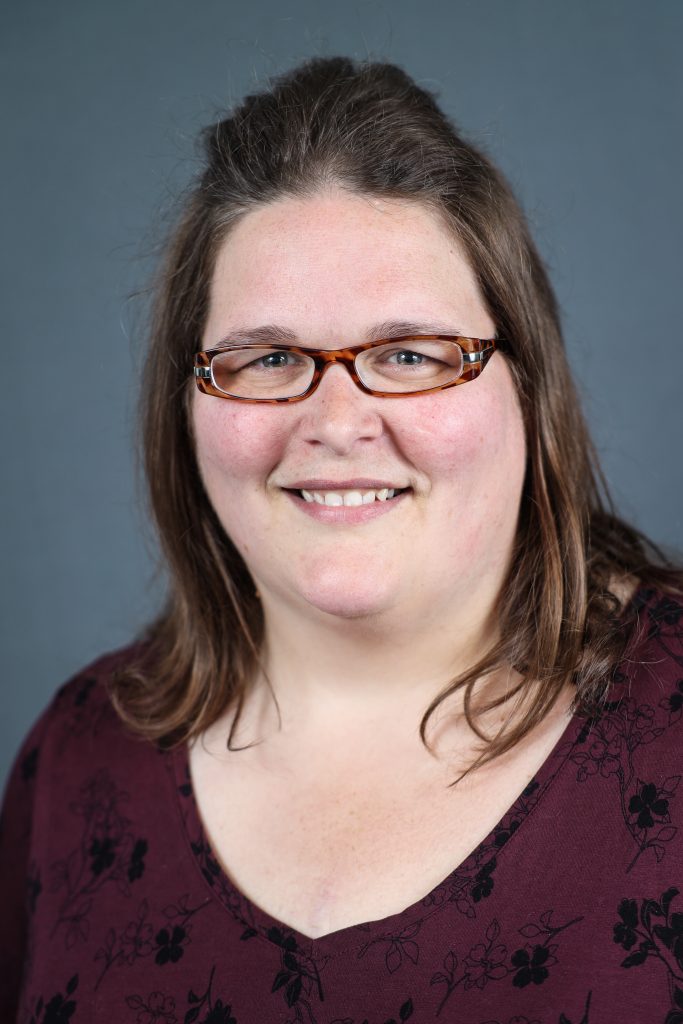 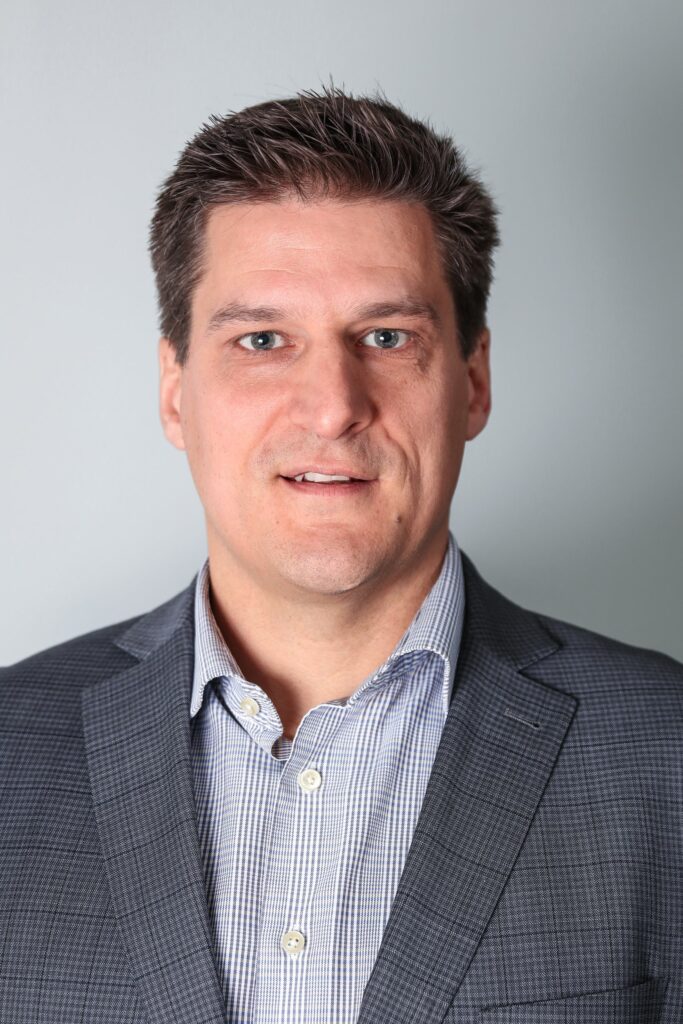 James Benkie is currently the Dean of the Werklund School of Agriculture Technology at Olds College. He is an experienced business leader with a demonstrated and measurable history of working in the Information Technology and Services and Agriculture industries. Before joining the Olds College Team in 2018, James worked in the technology sector with global tech company Fujitsu as well as with Agriculture Financial Services Corporation where he led, developed, and supported several different business areas. While pursuing his career at Olds College, James also partners and manages the family farm in central Alberta. James is an alumni of U of A, MRU, NAIT, and the ADR Institute of Alberta.

Alex Melnitchouck, is the Chief Technology Officer, Digital Agriculture at Olds College. He holds his Ph.D. in Agricultural Sciences, and second Master’s Degree in Soils and Environmental Sciences, backed up by 25 years of work experience at the international level, including precision Ag projects in Canada, USA, Germany, Switzerland, Brazil, Australia, Russia, Ukraine, and Belarus. He is a member of Alberta Institute of Agrologists in Canada (P.Ag.) and an author of more than 50 publications in scientific journals and proceedings of conferences. In 2012, Alex founded IntelMax Corp. and created Zoner.Ag – a web platform for managing and analyzing geospatial data. In 2015, Zoner.Ag was acquired by Bayer CropScience to become a geospatial engine for the new Digital Farming Platform (currently known as Xarvio and owned by BASF). Alex leads Olds College’s Digital Ag strategy and the development of the Digital Ag Platform at the Olds College Smart Farm – a 2,800 acre, technology enabled applied research and learning environment.

*Speakers and Schedule are Subject to Change