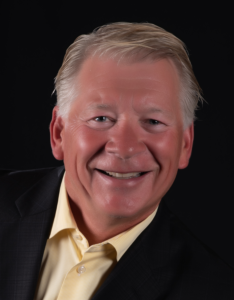 How we are going to leverage technology to feed the future through sustainable intensification.

Rob will be delivering insights from his recent international agriculture experiences.

ROBERT SAIK has forty years of experience as a Professional Agrologist, entrepreneur and an international consultant who’s worked with a wide variety of agriculturalists from Nigeria’s Minister of Agriculture to Bill Gates. He was one of only 3 private citizens to address the October 2020 FAO_UN High Level Special Event (Rome) organized by the Committee for World Food Security to address agriculture sustainability.

His latest book, “FOOD 5.0 How We Feed the Future” is a pragmatic look at the five iterations of agriculture, culminating in an examination of how technology convergence is reshaping the farm and the consumer.

Robert, an outspoken champion of agriculture, is a Distinguished Agrologist, Professional Agriculture Consultant, a veteran entrepreneur and has been hailed as an agriculture futurist with unparalleled insight into where the industry is headed.

He has leveraged these strengths to found over 15 companies in the areas of Farming, Agri-Retail, Distribution, Media and Ag Tech including He was the founder and CEO of The Agri-Trend/Agri-Data Group of Companies which was acquired by Trimble. He also served as CEO of DOT Technology Corp (Autonomous Farming) through the acquisition of DOT by Raven Industries.

Robert is the founder and CEO of award-winning AGvisorPRO, a technology platform that connects those seeking agriculture advice with trusted experts who can provide answers now. The goal is to leverage knowledge to increase agriculture sustainability using AGvisorPRO to shrink time and space.

His first book, “The Agriculture Manifesto – Ten Key Drivers That Will Shape Agriculture in the Next Decade” was a 2014 Best of Amazon Books and this TEDx Talk “Will Agriculture be Allowed to Feed 9 Billion People?” has been viewed over 170,000 times. Robert is a passionate keynote speaker and is executive producer of the Know Ideas Media a science based multi-media company addressing issues such as GMO’s and their use in food production.

He serves on several Boards including the Canadian Agri-Food Autonomous Innovation Network (CAAIN) as well as Proteum Energy. Rob is an advisor to Olds College, is a member of the A100 (Alberta Tech Entrepreneur Network), a student of Strategic Coach and Singularity University and a member of Abundance 360. As a partner in Perigro Venture Partners he participates in early-stage technology investments.